If this is the first time you visit the city, here are 10 places to see that are obligatory and that you cannot miss, so we advise you to mark them on the map and include them in your itineraries.

Also check out this HotelsCombined blog on Where to Stay in London: The Ultimate Sightseeing Guide for exciting stay options convenient to London’s iconic sights. 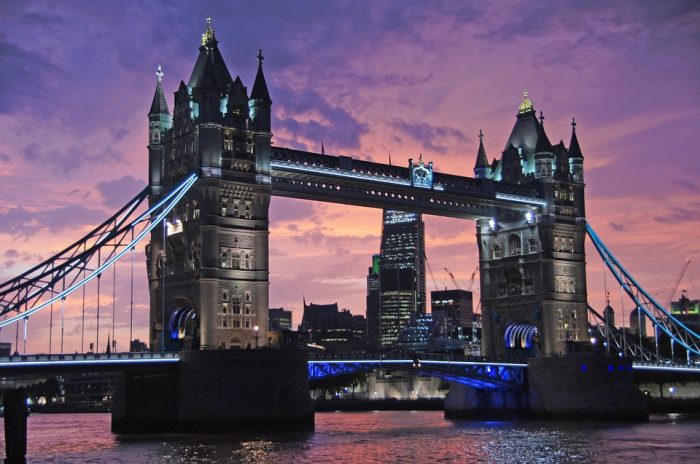 Without any doubt, the Tower of London is one of the major tourist attractions that you have to see in London and is one of our favourite places in the city. Built more than 930 years ago, it has served as a prison, fortress and entry point for merchandise that arrived in London through the River Thames for centuries. Currently, this is where the British Crown jewels that you will see during your visit are kept, and do not forget to find out what the legend of the crows of the Tower of London is about.

St. Paul’s Cathedral is the second largest cathedral in the world, so it’s one of the things you should see in London. Located in the heart of the city, it was for many years the tallest building in the city and even came to create a law that prevented anyone to build any building that was taller in the city of London.

Westminster Abbey is one of the must-see places in London. It has been the scene of some of the most important historical events in history, such as the coronation of Queen Elizabeth II of England, the royal weddings of England, and funerals of people very beloved in England such as Princess Diana of Wales.

The famous Buckingham Palace is the current residence of Queen Elizabeth II and is famous for the Change of Guard that is usually held several days a week and that millions of people come to see each year. Buckingham Palace is located between Green Park and St. James’ Park, the latter being one of the most beautiful parks in London that you should not miss if this is your first time in London. The Royal Stables of Buckingham Palace were inaugurated in 1763 and are located a few minutes from the Palace. It is a very special place since in many occasions you can see the horses of the changing guard parade to the stables that exist inside the building.

Big Ben is surely the most recognized place in the world when we talk about London. It was opened in 1859 in the heart of Westminster, and as a curious fact Big Ben is the name given to the bell that is inside the tower. It is located in front of the London Eye and is undoubtedly one of the first things we should see in London.

You cannot visit London without going through Oxford Street, Regent Street, Carnaby Street, Piccadilly Circus, Leicester Square, Covent Garden, London’s Soho (where you’ll find Chinatown). They are all incredible! You should also not miss the casinos in London which are some of the most famous in the world. For example, the Palm Beach Casino London is an incredible place to visit at least once. If you also plan to play you should probably practice your casino skills online first in order to get some experience.

The Tower Bridge in London is the famous blue bridge of the British capital, and it is true that many people refer to it as “London Bridge” but in reality London Bridge is another different bridge! Tower Bridge is a suspension bridge that can be lifted, a work of engineering that still impresses millions of tourists and Londoners every day.

London Eye is one of the tallest wheels in the world from which you can see London from a unique angle. The “Millennium Wheel” as it has been nicknamed also, is one of the attractions that no one wants to stay without visiting when they come to London.

And as a must, you cannot miss Hyde Park, the most famous park in the city. In Hyde Park in winter you will find a gigantic Christmas fair and Christmas market, Winter Wonderland. Next to Hyde Park are Kensington Gardens where you can go in search of the famous statue of Peter Pan.

10 Magical Tree Tunnels You Need To Walk Through In your...