When you’re tasked with selecting the best hotel in the Canary Islands, you’re generally given a lot of scope. There are plenty of hotels to choose from in the main destinations. That’s because the islands are in the top all-year round Spanish holidaying sites for tourists. But does that mean it’s a tourist trap? Not likely, especially if you opt to visit some of the lesser islands of the Canaries during your stay. 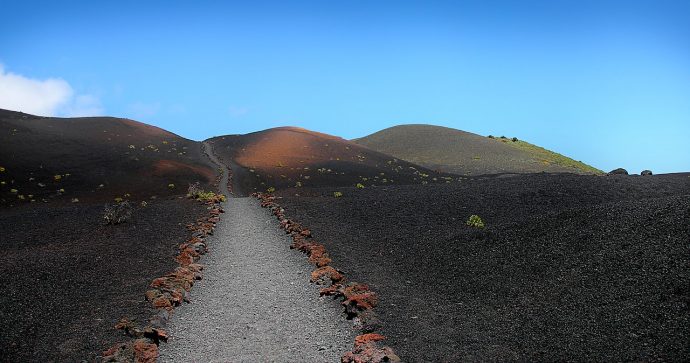 The Canaries are made up of seven islands – known as an archipelago – they are: Tenerife; Gran Canaria; Lanzarote and Fuerteventura; La Palma; La Gomera and El Hierro. Of these, the first four islands are the most likely destinations to choose. There are also smaller islands and islets to add to its list and often not mentioned. They include: La Graciosa; Alegranza; Isla de Lobos; Montaña Clara; Roque del Oeste and Roque del Este (‘Rocks of the West and East’). Iberostar will equip you with a stay in the top destinations, but please don’t let that limit you to the island you are on. An archipelago is traditionally perfect for island-hopping, so make sure you do.

Aside from its wonderful climate and amazing national park at Teide in Tenerife, there is much to see. La Gomera is a classic example of a little-known island. Like most of the Canaries, La Gomera is an island steeped in volcanic history. Its apex is at 1,487 metres and it is very mountainous. Deep ravines run from Alto de Garajonay at the highest point. Laurel tree rainforests cover the terrain in the higher slopes of the ravines whilst in the uppermost regions, clouds and mist cover are found. These weather conditions give rise to luscious green vegetation. The rainforest waters of La Gomera mean that water is harvested in order to irrigate vineyards, orchards and banana groves giving the island’s farmers a resoundingly good way of life.  Hiking on La Gomera is common.

Another lesser island is El Hierro. There has been seismic activity, landslides and a Tsunami on this island over the ages. The ‘El Golfo’ landslide of 15 thousand years ago, with a collapse of the northern aspect of the island created the El Golfo valley and a debris avalanche which are definitely worth a look.

La Palma is another pleasing island to whet your appetite for something a little different. The flora and fauna on this island are quite breathtaking. La Palma’s Canary Island pine (Pinus canariensis) is renowned for its rarity with endemics Lotus eremiticus and L. pyranthus found on the island. La Palma is also host to a white-flowered brush – Retama del Teide – and is only found in the alpine and subalpine habitats on the islands of Tenerife and La Palma. Much akin to Tenerife, La Palma offers its own distinctive alpine violet, Viola palmensis.

Perhaps one of the most notable facts about La Graciosa (‘graceful’ island), is that its roads are made of unpaved sand. Cars and other motor vehicles have been banned.

You can tell there’s much more to these islands than meets the eye. This is merely a quick snapshot of some of what the Canaries can offer. There is obviously a lot, lot, more to say.

10 Most Beautiful Places in Netherlands