With plenty of green space, a staggering number of wildlife species to spot and a ton of kid-friendly attractions, there are few places that are as good as New Zealand for family holidays. If you’re planning on a getaway to New Zealand, be sure to include these spots on your itinerary. 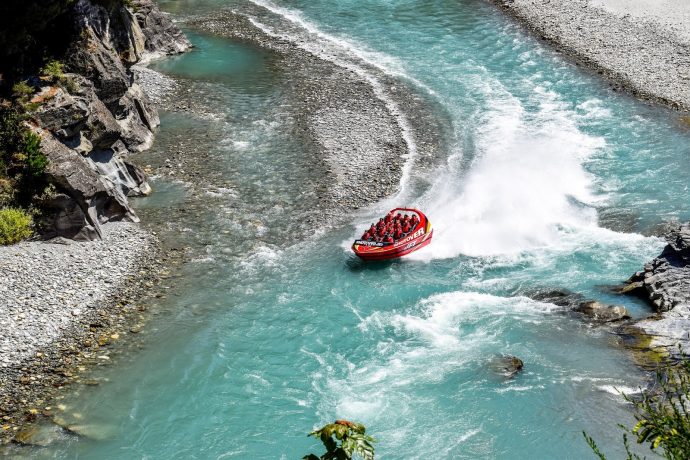 Go on a New Zealand safari

There are plenty of New Zealand guided tours offering trips to see the local wildlife. Whether it’s swimming with dolphins off the North Island, watching waddling penguins near Kaikoura, seeing majestic fluking whales, the iconic kiwi bird or watching turtles haul themselves up the beach to nest, no one in the family will forget the close encounters easily.

If you’re in Auckland, be sure to swing by Kelly Tarlton’s Sea Life Aquarium which houses more than 30 animal exhibits. Looking through the glass you can spot stingrays, exotic creatures of the deep and a large Antarctic penguin colony. Alternatively, you can don masks and be lowered into shark infested waters. The only problem is deciding who’ll go first.

Make castles on the sand

We’ve never met a child yet who doesn’t like building castles in the sand. Pack up a picnic, bundle the kids into the car and drive down to any of New Zealand’s fabulous beaches for a sunny afternoon splashing around in the cool ocean. If you’ve got the time, bring tents and make a night of it.

Road tripping in a campervan

New Zealand’s dramatic landscape is best explored at your own pace. It’s easy to hire a campervan and take the family on a thrilling road trip around both the North and South Islands. Stop off en route to swim at the beaches or drop into the family-friendly attractions along the way.

Get the heart pumping on a jet boat ride

If you’re in New Zealand during the summer, the lakes and waterways around South Island’s Queenstown just cry out to be explore by boat. Several operators offer New Zealand guided tours on jet boats that cruise at breakneck speeds upstream. For something a little calmer, you could hire paddle boards or kayaks to go at your own pace.

Cool down at a Queenstown ice bar

Queenstown might be small as cities go, but that doesn’t stop it having two ice bars. Slip on your jackets and gloves and head into sub-zero temperatures where everything from the bar to the furnishings is made from ice. Don’t worry, kids are more than welcome and while you’re sipping on a cocktail, there’s plenty of mocktail choices for them.

Step back in time and strike gold

If you take the family to the Goldfields Mining Centre, you’ll feel like you’ve stepped back in time to the gold rush era. After learning about life in the 1800s, you can all try your hand at panning for gold. You never know, you might get lucky and the trip will end up paying for itself!

Race each other down the Queenstown Luge

Whether you’re a kid or a kid at heart, everyone loves racing down the luge in Queenstown. Hop on the specially designed carts and strap on your helmet to race around the winding track at speed trying to beat everyone else.

10 Most Incredible Yachts You’ll Ever See

10 Charming Tea Rooms in Wales You Have to Visit Before...