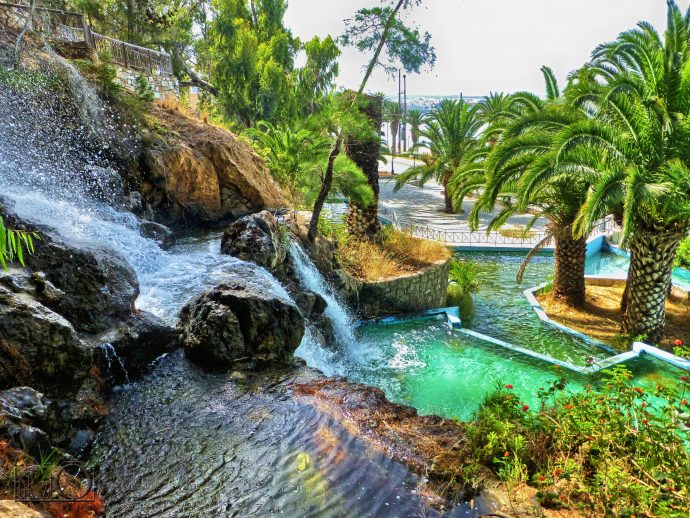 Tucked away under an hour’s distance from Athens (the majestic capital of Greece), you’ll find the ancient Greek bath city – Loutraki. The name of the city comes from the Greek word Loutro, which means a bath-house. This small town, resting on the borders of the Gulf of Corinth and mountain range of Geraneia, can rightfully be called a paradise for its blend of natural beauty and luxurious facilities.

Although popular among Greeks, Loutraki is still lesser known among international tourists. The town is a good base to stay in if you’re looking to carry out day trips to the Greek mainland, and it’s the right distance away from Athens to escape the hustle and bustle of the city whilst still being in close proximity. Here are just some of the reasons why Loutraki is the perfect vacation spot in itself:

As the Gods’ most favoured and oldest bath city in Greece, Loutraki is renowned for its natural and miraculous waters. The ancient stories recount how the curative waters of the thermae (bath-house) were responsible for healing the skin disease of the Roman military general and politician, Sulla. As a result, Loutraki became one of the most prestigious areas of the Roman Empire.

Even today, the medicinal spring water still works its magic and throughout Loutraki you’ll find a variety of spas and wellness centres where you can rejuvenate your body and mind. The most well-known among them is the Loutraki Thermal Spa, where the therapies and spa treatments are particularly effective at healing and treating skin disorders, as well as other ailments.

The coastline of Loutraki welcomes you with its colorful pebbles and crystal clear blue waters. However, Loutraki Central Beach offers a lot more than glittering sea and summer sun – there’s something for everybody here. Avid swimmers will love diving into the waters, and may even spot some of the little dolphins across the coastline; sports lovers can indulge in windsurfing, jet skiing or sailing; and social butterflies will not be disappointed with the refreshing drinks and abundance of people to enjoy the coastline with.

For those who love to wander, Loutraki also has secret beaches and lagoons that guarantee privacy and breathtaking views. More adventurous types will be drawn to the beautiful Alkionides Islands that surround Loutraki, their immense natural beauty and virgin landscapes are intermixed with some elements of Greek mythology.

A Parade of Festivals & Entertainments

The carnivals of Loutraki are not only well-known, but attract participants in their thousands. In fact, the Loutraki Carnival is one of the largest carnivals in Greece with a broad variety of festivities and events. The carnival that begins with masquerade parties, traditional Greek dancing events, and treasure hunt games (among many things), ends with an open-air concert and the burning of the Carnival King on the beach of Loutraki, followed by fireworks.

If you are looking for something more sophisticated, head to the Club Hotel Loutraki, which is known for its impeccable quality of services and numerous unique entertainment options. The famous hotel has been home to some of Greece’s fabulous casino events, such as the EPT Loutraki, and provides extra-ordinary entertainment ranging from a female Michael Jackson impersonator to a dancing trio on stage.

Although known for its ancient baths, the town of Loutraki provides a wide array of nightlife options in buildings replete with modern interior design and architecture. The bars of Loutraki throw some of the hottest summer parties of all time. You can groove to the tunes of the best Greek and international DJs, and even go for a swim on an exclusive beach!

If you are not a fan of everything loud, Loutraki also offers live concerts and performances with some of the best cocktails available in Greece. Want to party like a local? Worry not, Loutraki has you covered everything for everything authentically Greek – the food, the ambience and the most friendly people. 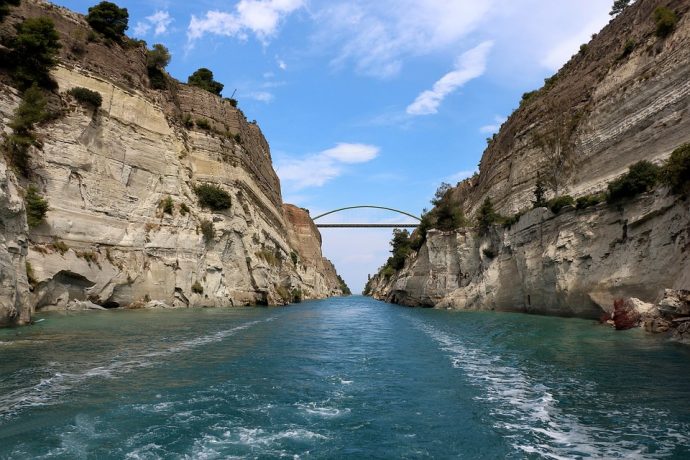 The Corinth Canal is not the only stunning archeological site found in Loutraki, other awe-inspiring sites and landmarks possess a history that spans over 4000 years. For history lovers, the remains of the ancient temple of Hera is an interesting place that is known for its unusual structure. Then there’s the Melagavi Lighthouse situated near the temple, which is extremely popular with travellers who are drawn to its unique vistas.

Likewise, the artificial Loutraki Waterfalls and the dormant Sousaki Volcano are not to be missed. The dormant volcano is full of extraordinary stones and you can still smell the sulphur in the air. Similarly, the artificial waterfalls are guaranteed to make you feel like you have been transported to some magical realm or abode of the Gods.

So next time, don’t forget to add Loutraki to your itinerary while visiting Greece. The God’s favourite bath city has much to be explored and much more to offer than a conventional vacation destination.

10 Beautiful Places to Visit in Bologna