Celebrities can be extremely creative people — actors, musicians and artists are famous for behaving in ways that are a little out of the ordinary.

And seeing the world differently from us mere mortals often extends to quirky personal tastes in terms of clothes, hobbies and interior design.

In terms of their cool cribs, these eccentricities are far more leftfield than unique door mats that greet guests with startling personalised mottos.

So let’s take a look through the keyhole and sneak a peek at five weird celebrity homes.

Rocker Lenny Kravitz has a new side career as an interior designer — and if the distinctive modernist home he’s just designed in Sunset Strip is anything to go by, he’s just as talented with selecting fabrics as strumming a Fender. 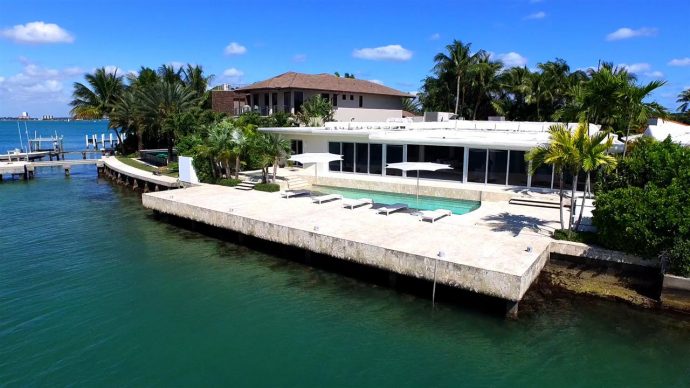 The five-bedroom, seven-bathroom mansion has an open-plan layout and features a bar, home cinema, outdoor lounge and gravity pool with views over Los Angeles.

If you’ve got a spare $38 million, you could be partying in this pristine pad sometime soon.

Canadian warbler Celine’s former Florida home caused a real splash with guests — it features a private beach as well as a manmade river flowing into a central pool with water slides.

Visitors stay in five luxury poolside pavilions and once they’re tired of doggy-paddling, a tennis court and simulated golf range keep them amused.

The $27 million property also includes an arcade games room and private spa — so there’s never an excuse to be bored.

Rod Stewart’s raspy tones have made fans tremble with delight for decades. 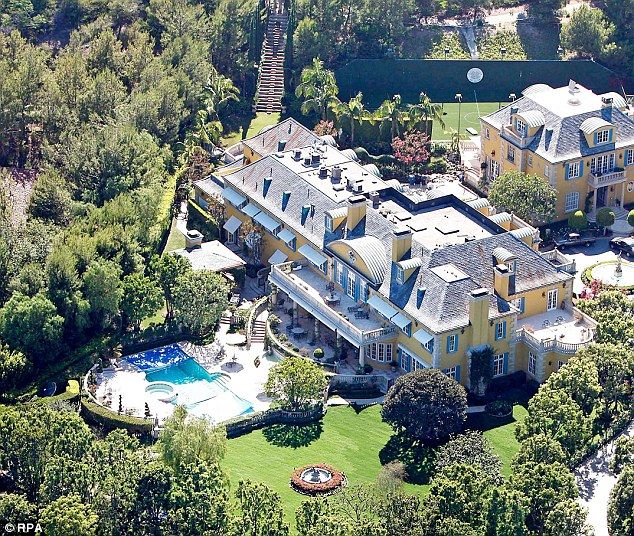 But when he’s not busy in the recording studio, he likes nothing better than tinkering with toy trains.

Model engines puffed past occupants of the property’s two bedrooms on an elevated track just below the ceiling, with a brief sojourn round the breadbin in the breakfast room.

Nicolas’s interior design also included a framed collection of rare comic books, but when he tried to sell the pad in 2010, potential purchasers found the eccentric interior off-putting. 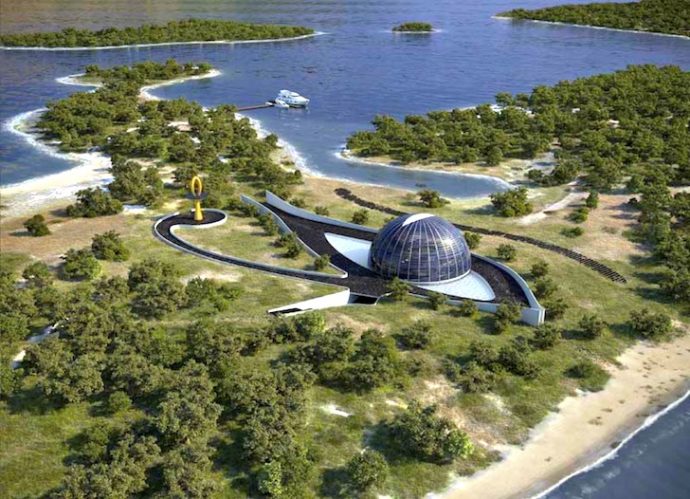 The angular hillside home is split into two sections, with the centrepiece structure sticking out into the sky like a space-age command deck.

The residence covers a sprawling 2700 square metres — so there’s plenty of room for the 90s supermodel to throw her shoes at unsuspecting staff.

These five celebrity homes tread the tightrope between wacky and wonderful — but when money’s no object, perhaps we’d all build houses that are a bit weird.

Which one of these homes would you buy? Share your thoughts in the comments section.

10 Beautiful Places to Visit in Bologna